Bootleggers Inn, “I play there twice a week, if your anywhere between 2nd avenue, or broadway, you can probably hear me out there, and then on Thursdays, we play upstairs, I take my bass player and drummer and we do a little 3 piece.”

“We started doing something that anything we do downtown Nashville we call it “Nashville Uncovered” and that just means that I’m too old and too mean to be playing cover tunes.”

“When they kick me out of everything else, and my voice gets even more raspy and raw, I’ll be sitting around on a corner playing blue’s music or something.”

“There’s an open door for me now, there really is, and I’m excited about it.”

“I grew up on Bob Seger, Joe Cocker, Fogerty, and a lot of folks say they can hear that influence in my music, but, I’m just at a place in life that, I want to do what I do and play the original music that I have.”

“My Dad was the preacher and my Mom was the music, they both played, and they stuck me under a pew until I was old enough to get on the platform, so we went to Church buddy, we went to Church 6 or 7 days a week depending on where we were.”

“I do these 4 hour shifts down on Broadway with no break, and I still have yet to get through all of my music on any of these shows that I’m doing, and my deal is that I write the songs that I sing, so I don’t write something and then just throw it away. These are songs that I take into the bars and the concerts and I sing these songs, I work on them until they are ready.”

“If my voice does get scratchy, people say yes that’s the way we like it, once a year I have to take a minute, take a break, drink a lot of hot tea with honey and lemon, just to make sure we’re not destroying something for sure, but we rip and run with it.”

“Mike Sprinkle and Drew Smith produced this album and had some of the best studio session players in Nashville playing on it, I was really excited about it, and its one of the best things that I’ve ever done.” On another cold shoulder on the B3 and piano is Jim Moose Brown, Jim went out on tour with Bob Seger.”

“Man if I was gonna add one more person, as much as I love my guitar players, that girl that’s singing backup on those songs is my oldest daughter, Cricket Davis, good gracious, she is just amazing, and if I don’t get a record deal out of this record, I hope she does.”

“Just spent a little time with Paul Nelson who was with Johnny Winter for many years played guitar for him, we want to sit down and collaborate and he liked some of my songs, he’s more of a rocker, and I pulled out some of the blues stuff that he wants to use on his next album.” Just made a great new friend in Mark Muleman Massey, I just spent 3 days with him at the Mississippi songwriters festival in Ocean Springs and man that was a lot of fun.”

You can listen to the podcast here too:

Listen to the podcast here now! 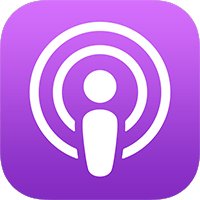 Jason Damico, throws us back to the greatest “Rock & Roll”